This article offers insights into debating from the standpoint of Simona-Anca Mazilu, an experienced educator, trainer and coach who works in both the European and World Schools circuits

How It All Started

This incredible adventure started with a letter I received in my regular mailbox. It informed me about a contest initiated by the Soros Foundation for three scholarships aimed at enabling the winners to participate in an international training session targeted at introducing attendees from various Eastern European countries (former communist states) to debate. This event was to take place in Budapest, in March 1994, and I was one of the three Romanians.

At first, it was not my own decision to embark upon teaching debate: I was supposed to share what I had learned in Budapest with my students and peers back home. In other words, I had been assigned the task of piloting the debate program I had been newly acquainted with in my own country, starting with my school community, and continuing at a national level with teachers of different specialties, who were to become debate instructors for the students in their schools. But teaching debate to both students and teachers, and training debate trainers was to become an essential part of my life, adding new and challenging dimensions to my career as an educator.

Debating Methods for the Classroom

Debating in or out of the classroom can take many forms. Though not an all-inclusive list, the following debate methods offer a range of opportunities to increase student understanding and active involvement in the activity.

I work with high school students, aged 14-18. What distinguishes this group of students is their ambition to excel in something that is less common among their peers, something which makes them stand out from the crowd. Ambitious students are more than positive about the opportunity to debate.

Student Response When Introduced to Debate

By and large, the most daunting obstacle students face when they embark upon debating is peer pressure. This is because when students start debating at 14-15, they tend to spend most of the time with their friends and colleagues, and parental resistance may develop due to the deep-rooted conviction that debate as an extra-curricular activity takes up too much valuable time that should otherwise be directed towards mainstream learning.

Challenges for the Debate Educator

Over these many years, the organizational obstacles I have faced in teaching debate have turned out to be mainly pedagogical ones, especially in large classes where there is a much greater variety of students attending the course. This is because the proportion of students who feel anonymous, invisible, and isolated is significantly higher, and thus getting students to engage with the course material proves particularly difficult.

Also, there is a wide variation in student abilities, motivations, and learning styles given the large variety of factors that influence how well a student performs in a class, not to mention that we generally have little or no control over most of them.

Nonetheless, there are things we can always do to increase the likelihood that all our students, and not just those who are academically gifted, perform up to their potential as a result of their successful involvement in types of activities that facilitate learning complex ideas and intellectual skills.

In my view, there are two major types of difficulties encountered in working with debaters:

Students are generally full of enthusiasm when they are first introduced to debate, when things are lighter and more relaxed, and therefore less stressful and time-consuming. As the debate training becomes more complex and challenging, it requires more effort, time, and dedication. At this point, some students begin to feel overwhelmed by the double work load as they have to deal with both school and debate assignments concurrently. All this makes their lives hectic and complicated, causing them to lose their motivation for debating and eventually give up.

Such difficulties are the hardest to deal with, since they are part of a person’s values and are harder to change. More often than not, the more competent debaters get, the higher the likelihood of their egos becoming domineering and overbearing.

There have been no negative responses from NGO’s or national organisations. For example, our national organization, ARDOR/The Romanian Association for Debate, Oratory and Rhetoric has always been supportive and cooperative, while also creating or being engaged in projects, programs, events, etc. that involve a number of other Romanian NGO’s as well, including Save the Children; ANITP/The National Association Against Human Trafficking; as well as The Association For Social Engagement, Education And Culture.

The teaching community at large has generally been favourable to debate activity. Teachers are open to learning how to use debate in their own classes. There have been only sporadic instances of teachers rejecting debate activities on the grounds that they are disruptive and time-consuming. Some teachers have also been concerned that debate could pose a serious threat to their authority in the class.

In the process of learning to debate, students become active listeners, engaged in and committed to a contest of ideas. They become accustomed to developing their argumentation on multiple levels; they acquire the skills of close textual reading and critical thinking, excelling in rigorous intellectual activities with positive effects on all aspects of their live. Students start thinking in terms of long-term goals and can begin to discuss controversial issues in a peaceful and rational manner.

Students also become self-confident and able to express their views openly: they gradually develop a sense of excellence that, in turn, enhances their leadership skills and encourages them to constantly test their own limits. Debate helps students become effective communicators who are sensitive to the many problems confronting their community and society at large, which stimulates and improves their social interaction.

Debate significantly contributes to human rights education since it allows students to become more and better informed about a multitude of issues so as to be able to debate them in various contexts: inside and outside the classroom, at their debate clubs, and, most importantly, in debate camps and tournaments at national and international levels.

In sharp contrast with non-debaters in the same class or school, students who have been actively engaged in debate for a year or two manifest a higher degree of tolerance concerning contentious socio-political matters and a deeper understanding of the complexity of civic and political issues.

Simona-Anca Mazilu is a teacher of English, past Fulbright exchange teacher in Minnesota, USA , debate coach, adjudicator, teacher-trainer and founder of ARGO – the first academic debate club for high school students in Romania – in 1994.

She was the coach of the national team for Romania’s first two participations in the Worlds Schools Debating Championship: in Stuttgart, Germany, in 2004, and in Calgary, Canada, in 2005 – when Romania won 2nd place in the EFL (English as a Foreign Language) ranking.

I have been involved in debate since 1994: as a debate coach, judge and teacher-trainer; as a classroom teacher using debate as a tool for teaching, as well as an associate or representative of NGOs: for example, as a member of ARDOR/The Romanian Association of Debate, Oratory and Rhetoric – our national debate organization – and ARGO/The Romanian Association of Thinking and Oratory – the first academic debate club for high school students in Romania, which I founded 22 years ago and which has continued uninterrupted till now.

As a coach and/or judge, I have participated in several competitions, championships and tournaments every year: locally, regionally, nationally, internationally, and even globally starting from the 2004 WSDC. I think I have been involved in more than 100 competitions, given the fact that next year I will have been involved in debating for 23 years. For more than 20 years, I have been doing debate training for high school students – 14 to 18 year olds – as well as adults.

Introducing Debate through NGOs and/or through the Ministry of Education

In Romania, the introduction of debate was led mainly by ARDOR – our national NGO – starting from around 1997. In 1999, the first Academic Debate Handbook was issued in Romania. The Handbook was the fruit of the collaborative work of a group of teachers who were passionately involved in spreading debate at the time, myself included.

The debate movement in our country continued to evolve solely under the umbrella of ARDOR until 2010, when the Young People Debating Contest first took place, at the initiative of Romania’s Ministry of Education in partnership with ARDOR. In 2011, the Romanian Ministry of Education further added an elective module called ‘Debate, Oratory and Rhetoric’ to the Romanian school-decision national curriculum as a complement to the Young People Debating Contest. With the firm support of ARDOR, The Teacher’s Guide for the module on ‘Debate, Oratory and Rhetoric’ was then released. It was the joint effort of an accomplished team of debate educators and trainers, including former ARGO debaters: Serban Pitic and Nicolae Sovaiala-Ionescu, as well as myself.

The Young People Debating Contest has been held every year since 2010 and has seen increasing involvement and dedication from coaches and educators. In fact, it has become the biggest high school debate championship in Romania at present.

I am inclined to believe that NGOs should definitely be consulted in generating the national curriculum. Debate clubs at various educational levels – middle school, high school and university – can be highly cooperative and productive partners in establishing the guidelines of the debate curriculum. Debate clubs can do this by exchanging their philosophies and views on diverse issues in order to reach a consensus for the common good of all actors involved. 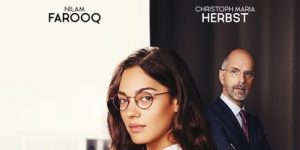 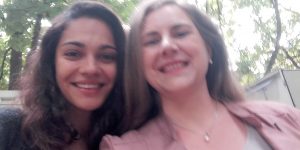